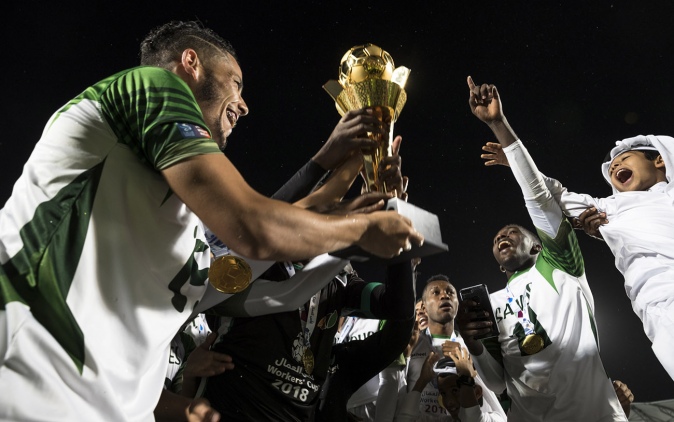 The 2018 Workers’ Cup came to an end last night as thousands of fans enjoyed a memorable night of football inside Al Duhail Stadium, where Al Nakheel Landscapes were crowned champions of the sixth edition of the tournament.

The SC collaborated with the QSL to sponsor the Workers’ Cup for a sixth year this year as part of its ongoing commitment to use football as a tool to accelerate social and human development.

In his remarks after the final match, Hassan Al Thawadi, Secretary General of the SC said: “It is such an honour to witness the incredible passion both on the pitch and in the stands during this tournament, which keeps getting bigger and better every year.

“Congratulations to Al Nakheel Landscapes team for a hard-earned victory. I hope they, their colleagues and everyone who’s been involved with this year’s tournament has a chance to celebrate this achievement.”

Nasser Al Khater, Assistant Secretary General for Tournament Affairs at the SC, said: “Our support for the Workers’ Cup stems from our promise to use football as an inspirational means of encouraging social integration across Qatar’s rich expatriate community.

“This tournament is a great example of that promise in action, because you can see how the Workers’ Cup brings people together. Initiatives like this form a vital part of our preparations for the 2022 FIFA World Cup in Qatar.”

“The QSL is proud to support a tournament which uses the power of football to support positive social change in the country,” said Al Kuwari. “The Workers’ Cup continues to go from strength to strength and is now a much-anticipated annual event.”

Al Kuwari continued: “We look forward to continuing our Workers’ Cup journey with the Supreme Committee for Delivery & Legacy as we support the delivery of the 2022 World Cup and its associated legacy projects.”

This year’s tournament saw over 640 players in 32 teams competing. 12 of these teams were current or former contractors on 2022 FIFA World Cup™ projects and 7 were engaged with the SC’s flagship CSR programme, Generation Amazing. 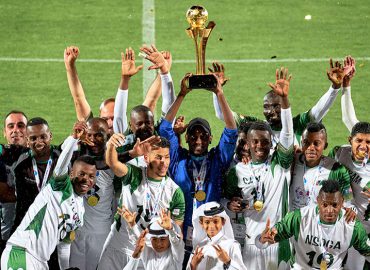 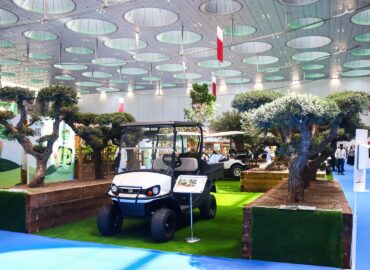